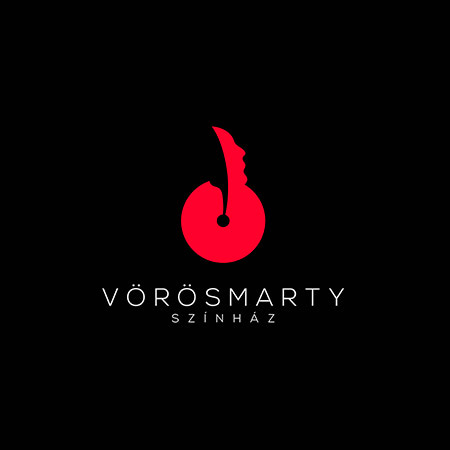 And all the men and women merely players; They have their exits and their entrances, And one man in his time plays many parts”.  We’re always playing a new role as well – for example, we have created a new image for the Vörösmarty Theater in Székesfehérvár.

In addition to the corporate image, we also prepared the communication materials of the 2013/14 season, the apropos were given by company’s expansion with new members. – Vörösmarty Theater presented its new members on 17th April at the press conference in Budapest: György Cserhalmi, Eszter Földes, Franciska Törőcsik, Mária Varga furthermore Sándor Gáspár, Zsolt László, Zalán Makranczi and Csilla Radnay, who came from the National Theater to Székesfehérvár.

András Cser-Palkovics, mayor of Székesfehérvár said, that the theater leader was set up to create and build the rural theater that he could call the “theater” in the coming decades, providing the necessary framework for this.

János Szikora director emphasized: at Székesfehérvár not simply a new theater season is starting but a new theatrical time. “We play between walls where no lesser personalities played, than Déryné and Petőfi Sándor,” he recalled, pointing out that people could hear Shakespeare in Hungarian here the first time, playing King Lear. “We would like to get this intellectual and artistic rank back to this theater,” said János Szikora, adding that in a theater, artists who are working together, it is always them who create an era.

As he said, next season is characterized by artistic and genre diversity. The Vörösmarty Theater in the 2013/2014 season will feature Sándor Rideg, comedy titled “Indul a bakterház” and the tragic story of Shakespeare King Lear, both of which will be performed by Bertalan Bagó.

Mark Twain – Zsolt Döme and Miklós Szurdi will bring the The Prince and the Pauper to the audience in a premiere, Alain Boublil – Claude-Michel Schönberg – The Miserables musical will be put on stage by János Szikora. The novel by Mihail Bulgakov The Master and Margarita is put on stage by Iván Hargitai, and the work of Zsigmond Móricz – János Háy Sárarany is also performed on a premier by Csaba Horváth, director-choreographer.

On the stage, Moliere’s The Miser is also performed by Iván Hargitai, and David Pownal’s Master class is presented by György Cserhalmi. In the Pelikán kamarszínház István Tasnádi’s Cyber ​​Cyrano is put on stage by András Tóth, while Béla Faragó – János Matuz, Netti and the treasure island will have a premier, directed by János Matuz. (source hirado.hu)