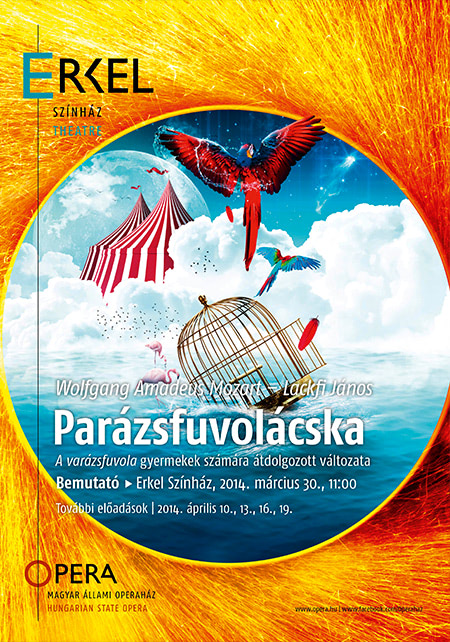 Kids can get to know the story of Prince Tamino and Papageno in the Circuit of Sarastro. Clowns, acrobats, airfields, knockers, firefighters, wizards and the immortal melodies of Mozart … Just like in a fairy tale!

As on the circus stage, the fire of hatred and affection flourishes, the magic pours onto the auditorium and sprinkles flames in the heart of the viewer…

Over the course of more than two hundred and twenty years of unprecedented popularity, this new version is specially designed for the younger generation. It will be on Erkel Theater’s stage – with János Lackfi’s recent poems, directed by Attila Toronykőy and with creative communication materials done by our agency.