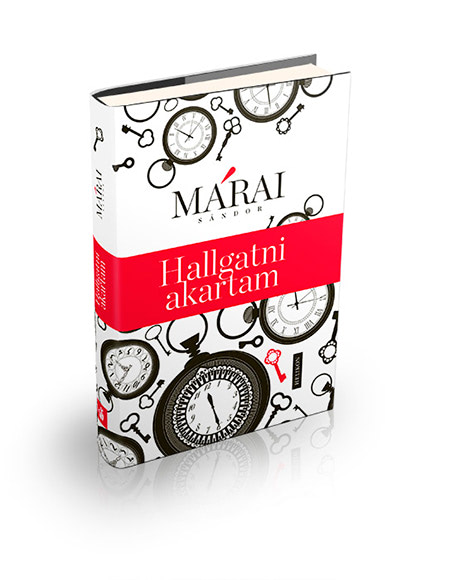 On behalf of the Helikon Publishing House, we have prepared a cover design for Sándor Márai’s work that have never been published before, as part of a new Márai series.

Hallgatni akartam – the publication of the continuation of Márai’s best-known work is a literary sensation. “And it is have to be written, the third, final issue of the” Confessions of the Citizen “. At this sleepless night I was thinking about the structure of this issue, “wrote Márai in the Journal in 1944.

But the idea only came to fruition in 1949. On the original manuscript that had been in legacies,1950 is stated as a termination year, that is to say, the Hallgatni akartam seems to be Márai’s first-ever book that he had finished in emigration. The writer himself chose the starting date of the Anschluss, Hitler’s invasion of Austria in 1938, which, according to Márai, is a historic event when the classic Europe was lost. The issue is a confession about an impaired period, an accurate illustration of civilian Europe and Hungary, as well as a niche reading.