It can be seen in the media the new autumn image series we had made for Müpa, with the headline – “Our horizont”.

According to the new strategy plan Müpa switches to a season based program structure from fall. The next five seasons will be exploring the connection between human and culture, culture’s influence on people, connection between nations and the people’s relationship with themselves. This theme is settled by the season image campaign, the press communication then it is confirmed by the foundation rules of the program structures and topics.

Through summer our agency had made different concepts for the fall image appearance, from which the now revealed series had been chosen. Culture (which is represented and mediated by Müpa) helps, forms, gives a way of seeing things with which everyone can widen and define their horizont. Media: significant online presence, citylight posters, billboards, press, television and radio. 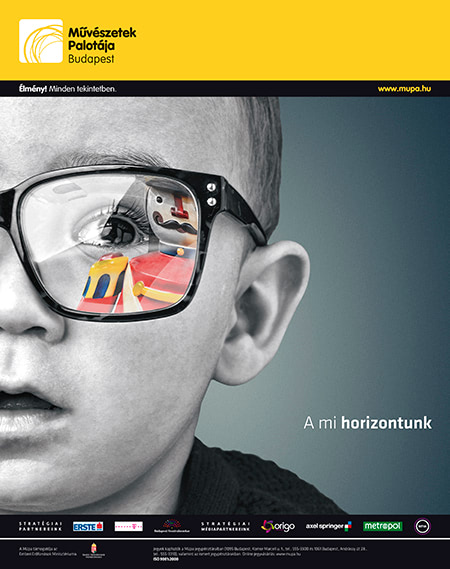