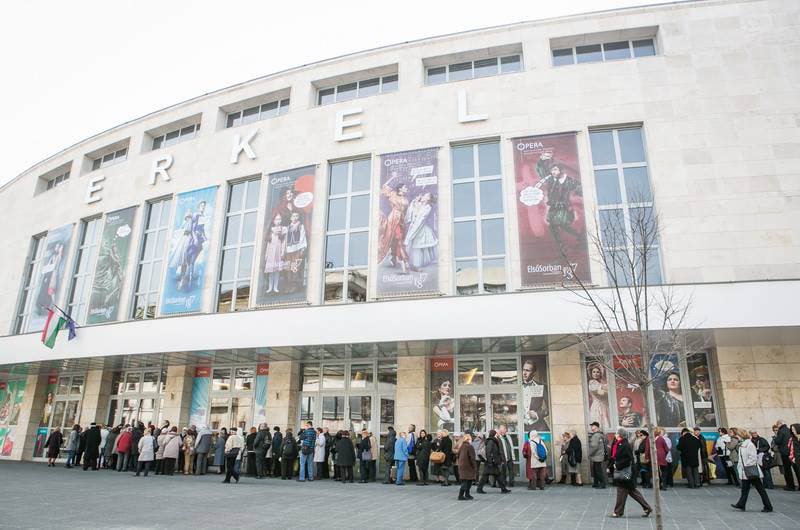 In March, the sales of season tickets were announced for the new season of Opera, which also meant the launch of the new campaign. The 2017/18 campaign of the Hungarian State Opera is inspired by the genre of the comic books. The series of 12 creatives announces the new season of the theater.

Like in previous years, creatives are focusing on the renowned artists of the institution as well as their new performances and prominent pieces of its repertoire. On the twelve pictures there are six classics shown; one fairytale opera, four ballet productions and on one creative the “tour message” appears in the “interpretation” of the orchestra and members of the choir.

The concept was created by Monika Turkovics from the Opera’s side and by Endre Végh and Zoltán Fekete from the Kreatív Műhely’s side. The aim of the campaign was to create a comprehensible and lovable image that approaches the theme of opera and ballet from a new perspective, while looking at the benchmarking effects on comic art, especially in pop art, and at works of Andy Warhol and Roy Lichtenstein.

In the genre of a comic book, the image usually forms an organic visual unit with text. “Now I’m going to show you how to get up to the shovel!” – summarizes the witch played by Judit Német, the key figure on the Jancsi and Juliska opera tale’s creative concept. From the Étoile of the Hungarian National Ballet with body painting, a real “carved” prince was made who has rings and bark, with his cloak on his shoulder almost flying as a Superman, while the usually mute dancer’s character says: “Wood you like a dance with me?”

The texts that are sometimes built on gag, to the original lyrics, librettos or ideas were written by Szilveszter Ókovács and the English version was written by György Jávorszky and András Oláh. The ring motif accompanies all the creatives as a symbol of the Ring Season of 2017/18 , which is always on the finger of one of the characters on the poster.

The finished creatives are announcing the new season of the institution in public spaces, online and print media and for a year on Opera’s own surfaces. The success of the campaign couldn’t be better proven than by the fact that there was an unexpected attack on the first day of the selling of season tickets. On March 16, 5180 tickets were sold, compared to 1166 season tickets in the previous year, nearly five times more than in the previous year.