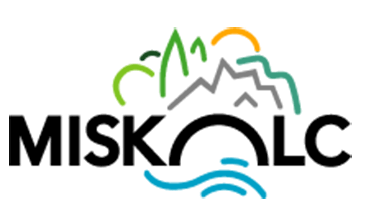 On 25th of september 2012 on the press conference the new logo has been announced. The corporate image’s materials had been evaluated by the jury – one by one – and they had given their opinion about the order of the tender materials which had been summed up by the head of the jury András Réz.  The jury consisting of 7 members had found our work the best. On the press conference Ákos Kriza, the mayor of Miskolc said: “ the city outgrown its role that it has been labelled. Nowadays the newspapers had been referring to the city as: creative mood, strong local patriotism and ambitious desires. According to this the most important decision that had to be made was not only to make a logo for the city, but we had to built Miskolc as a brand.” His opinion is that in the last two years the have proven that the city is colorful, buzzing and vital.

The latest festivals – the beerfest and the CineFest – or the monthly fairs, the theatre’s new proposals, the programs organized at Diósgyőr castle all show what the major quoted from Zsigmond Móricz : there is such a vitality on this city, as if there is the slightest chance for it, huge energy will come into action. István Bárdos touristic manager, member of the jury said the following: “A solid, consistent corporate identity itself tells a strong message, that says that the city is autonomous, and it has a symbol collection of its own.

In itself it is only a symbol, which now needs to filled with content finding the right advertising tools using them consciously. The next period’s tasks will be for all of us as for anyone who is meeting with this symbol will think of Miskolc.” András Réz film aesthete and advertising professional said that Lillafüred and the cave bath is also a part of Miskolc. “ They do not exist without each other, that is why a city, like Miskolc needs a standard logo and image” – he explained.