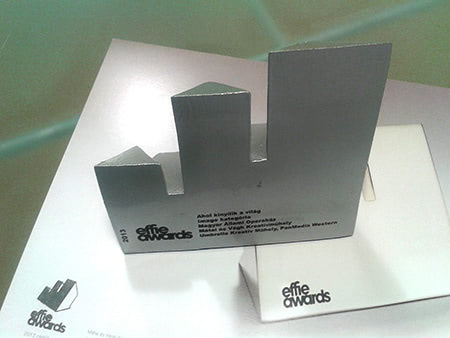 We won Silver Effie Award with the Opera image Campaign.

Restoring Opera’s reputation, repositioning it as a “premium brand”. Bring the audience closer to the Opera, the Opera to the audience, “Where the world unfolds”. The 2013/14 season’s image campaign is aimed at promoting season ticket sales, familiarizing the programs and associating it with the Opera brand, positioning local companies, addressing the younger generation, and winning new audiences.The media mix is target-group specific: getting regular buyers and accessing a new audience of culture-buyers. The three main creatives of the campaign are based on the Carmen story: they show an ageless, yet contemporary world, distancing it from ordinary, everyday situations, but not through an alienating, surrealistic medium.

The creative series is linked to three “big” premieres and four productions that are on the repertoire. In addition to the commercial film, several videos and trailers were made, which we included as webexclusice in web2 and online communication. Continuous fan activity: poster face campaign. Strong DM, intense PR: Opera-related news now focuses on art content. The first advertising of Opera has been included in news programs as an editorial material for almost all electronic (TV, radio) media. Campaign media: electronic and online media, prints, heavy public places presence, social advertising: appearance only on TV channels 600 times, nationwide with 1,500 posters. The results of the season ticket sales have doubled compared to last year (22,016 season ticket sales), which is the best selling figure so far in the history of Opera. Retaining the old regular buyers, almost the same number of new owners appeared despite the 15% price increase. During the season campaign, the number of Facebook fans, the number of likes and shares exponentially increased by more than 25%.